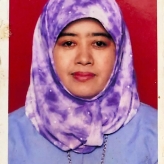 Character education is an effort to instill intelligence in thinking, appreciation in the form of attitudes, and practice in the form of behavior that is in accordance with the values of Pancasila which is the identity of the Indonesian nation, needs to be developed and realized by all elements of the Indonesian nation at the level of basic education - higher education. However, there are still phenomena in society that deviate from Pancasila character education. Facing era 5.0, it is necessary to strengthen character education as a response to digitalization in human life, thus enabling students, and all components of education to be able to utilize existing technology wisely and not to deviate from the values of Pancasila. The positive impact of digitalization is that humans can easily communicate. The negative impact can make humans have individualistic traits. Therefore, it is important to strengthen Pancasila Character Education.

BACK TO ALL SPEAKERS

We are here to answer any questions you might have.