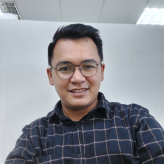 Dony Darma Sagita, Born in Padang Panjang, November 23, 1990, grew up in an educated environment, with his father being an elementary school teacher at a school very far from the city or in remote areas. Little Dony spent his elementary time studying, morning until noon at school, afternoon and evening at the prayer room, after graduating from elementary school he continued his education at MTsN Padang Panjang, one of the leading schools in West Sumatra and even Indonesia, then went to SMA N 3 Batusangkar and continued his studies in the Guidance and Counseling Department, Padang State University, for the undergraduate, postgraduate, postgraduate and professional counselor programs in the Guidance and Counseling Sector. Now active as a lecturer at the University of Muhammadiyah Prof. Dr. Hamka Jakarta, in the Guidance and Counseling Study Program. Determined to make BK more existent and efficient for the people and many people.

Misconceptions are understandings that are contrary to scientifically proposed concepts that are influenced by factors or everyday experiences. In the implementation of BK services in schools, initially it was held with an unclear pattern, the unclear pattern that had to be applied had an impact on the poor image of guidance and counseling in its gradual development, resulting in misconceptions about the implementation of BK , various criticisms emerged as a form of disappointment over the performance of the BK teacher so that misunderstandings, negative perceptions and misconceptions drag on. The misunderstanding occurred considering that BK services in a relatively long time have been widespread, especially in schools, throughout the country. Misunderstandings need to be prevented from spreading, and rectified if desired so that guidance and counseling services run and develop properly in accordance with scientific principles.

BACK TO ALL SPEAKERS

We are here to answer any questions you might have.